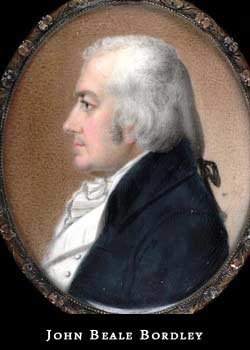 Broad Run Golfer's Club was built on land once known as "Como Farm". The word "Como" is derived from a small town in Italy that was named by the lands' owner, noted agriculturist John Beale Bordley. It was on the Como Farm that Bordley conducted numerous experiments on crop rotation and maintenance of soil fertility. The multi-faceted Bordley was also a lawyer and held important judgeships in a colony whose legal profession was distinguished by men such as Samuel Chase, Thomas Jefferson, and William Paca. Bordley's many accomplishments include:

1783: Elected to the American Philosophical Society.

1791: Bordley removed himself from the city of Philadelphia and concentrated all his efforts on agriculture, until his death thirteen years later in 1804. Bordley was a member of St. Peter's Church, and lies buried in the churchyard there.

A stone wall located along the first tee was constructed with the original stone from the barn that was once on the property. This wall was designed and placed in this location to transcend the history of the property to the starting hole of the golf course. Although it may appear to be a simple stone wall, it serves as a link to our past and enables Broad Run Golfer's Club to create a memorable experience. 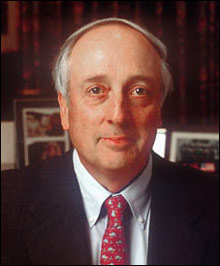 Rees Jones was born into the game of golf. He learned to play as a youngster and competed as a junior golfer, in college, and while in the army. He grew up traveling with his family to golf courses all over the world and worked in the summers for his father, renowned golf course architect Robert Trent Jones. After college at Yale and graduate studies at Harvard, he went to work in 1964 as a principal in Robert Trent Jones, Inc. Ten years later he founded his own design firm, Rees Jones, Inc., headquartered in his hometown of Montclair, New Jersey.

In the last 30 years, Rees has become renowned in his own right, designing more than 100 courses, primarily in the United States. He is also well-known for his redesign of courses in preparation for major championships, so much so that his nickname is “The Open Doctor.” His remodeling skills have been applied to seven U.S. Open venues, five PGA courses, three Ryder Cup sites, and one Walker Cup redo, plus an original design for the 2001 Walker Cup. His redesign of East Lake has become the permanent site of the PGA Tour's "Tour Championship."

Rees has been recognized many times for his contributions to the game. His awards include the 1998 Metropolitan Golf Association Distinguished Service Award, the 2002 Metropolitan Golf Writers Distinguished Service Award, Golf World Magazine's 1995 Golf Architect of the Year, The Golf Course Superintendents Association of America's Old Tom Morris Award in 2004, two architectural awards from the International Network of Golf, and the 2000 Robert Morris Award of the Welsh Society of Philadelphia. In addition, since its inception, Rees has been included on Golf Digest's list of Top 5 architects, currently #2.